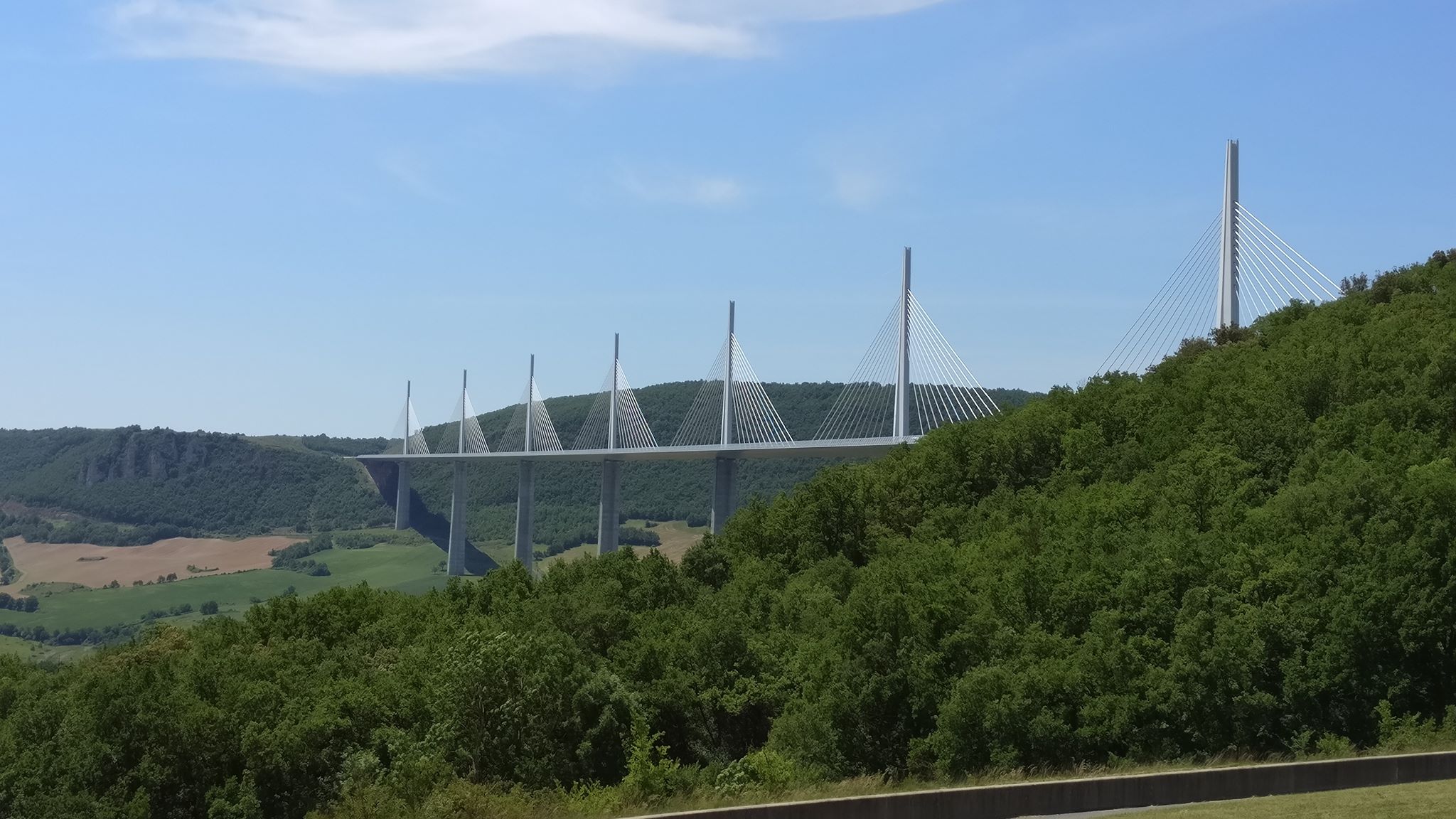 Congratulations to Craig, our awesome engineer. He recently completed a 2000+ drive around Europe, along with a team of other fund raisers, to raise money for charity.

Craig’s mother Jill sadly passed away in January after a very short illness and since then he ( and Matt our awesome artworker who recently completed the London Marathon ) have tirelessly been raising money for St.Helena Hospice in Colchester.

Day 1: The team met at a campsite in Dover, which gave us a chance to get to know each other, have a look at everyone’s cars and most importantly, receive the first rally brief!  We were given all the info we needed on driving in Europe, plus a quick quiz and route for the following morning. So far, so good.

Day 2: We started off with the most important stop of all . No, not the ferry, fuel! We convoyed to the fuel station, then headed to the ferry terminal to catch the 7:35 am ferry to Calais. Once off the ferry we had a mad dash south towards Paris, avoiding the city as most of the cars weren’t allowed in due to CO2 emissions!   By-passing Paris, another dash followed down to our first campsite just south of Clermont-Ferrand.

Day 3: Time for us to head to the Monaco campsite (actually on the coast in Italy) within walking distance of a train station that would take us to Monaco. We stopped in Saint-Tropez for a ‘pit’ (lunch/drink/loo/fuel) stop and, after driving around the town three times we finally parked. Turning up late at the campsite, we had to be quiet getting on to the site, difficult with a Subaru Impreza, a V8 Audi and a Porsche Cayman S!  It was also interesting putting the tent up in the dark.

Day 4: We had the whole day to spend in Monaco, a day off from driving. We managed to find a bar with a TV and watched the race from there, along with spending time wandering round the area. Once the race had finished, roads were  re-opened and we were able to walk the track. We caught the last train back to the campsite around midnight, via McDonalds!

Day 5: It was time for us to head to our next campsite in Bellagio on Lake Como, an absolutely stunning little town with some beautiful restaurants that allow you to sit right next to Lake Como. However, before we heaved north, we had time to double back on ourselves to go a small way into the Italian Alps and drive the Col De Turini, a rally stage that is part of the world famous Monte Carlo Rally. Heading up to Como, we used the coast road towards Genoa. Venturing north towards Milan I became separated from the group in traffic and saw them just as I passed a junction, culminating in me having to go through 2 more tolls than usual. Once I managed to get to the site, I had just enough time to pitch my tent before heading to town for dinner with the rest of the team.

Day 6: We drove into Como and stopped for breakfast, before heading into the Alps. Again, after getting a bit lost/separated, I was able to pick up the road we were specifically told not to go on as it was more motorway than scenic. However, after a few U-turns I managed to get back on the correct road and catch people up on the San Bernardino Pass (https://youtu.be/zIr9gT_rhlU), clipping the top corner of Liechtenstein (for all of five minutes!!) and into Austria, towards our campsite in Innsbruck. Unfortunately this is where the good weather changed  and it started to rain, heavily. Erecting tents in the rain is not much fun.

Day 7: Time to head home via Germany and the autobahns.   This WAS fun, a convoy of six of nine cars doing a fair speed by way of the Nurburgring to allow a few laps on this famous motorsports race track.  Straggling vehicles were the Land Rover that had to tow the Porsche to a garage to have its coil packs replaced (£1000 worth) and a Volvo with a wonky tyre. We arrived at the Nurburgring to find it closed. Unfortunately we arrived too late and they closed the gates on us (we think something happened on the track as there were a lot of blue lights and emergency vehicles driving about).  Back at the campsite it was the last night for the team as some were heading home and some going via Amsterdam for an extra day away.

Day 8: Heading home. After packing up and saying our goodbye’s, I opted for the route home rather than Amsterdam. I headed south so that I could add Luxembourg (all of 30 minutes) to my list of countries visited. I continued up through Belgium, around Brussels, towards Bruges and along the coast back to France, Calais and the ferry.

The route I took including campsites – https://www.google.com/maps

All in all, an amazing experience!